Sunday is the night for some good reality TV.  I will be tuning in to watch 'Fantasia For Real 2' and 'LaLa's Full Court Wedding' on VH1. This is what I know about the shows thus far. 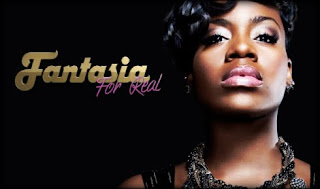 I love Fantasia as an artist. The girl has a voice on her and can blow, but her first season of "Fantasia For Real" was a little too much for me and I didn't watch anymore episodes after the second show, and it wasn't Fantasia herself; it was her...family, especially Teeny!  Ungrateful is the word I will use. I know we can't pick our family members, but we don't have to put up with their foolery. After being in the news besides for her singing, Fantasia has had a rought last couple of years alleged foreclouses on her North Carolina homes(which she denies), dating a married man, who allegedly was seperated from his wife and here most recently hospitalized for "medication overdose".  At, first the media was unsure if her overdose was accidental or intentional.  But during a Wendy Williams show where Fantasia was a guest, an emotional Fantasia told Wendy Williams that the overdose was "intentional".  So, now with that behind her Fantasia is back for real.  With her CD  in stores now titled "Back to Me", Her free-loading, ungrateful family finally out of her house-for the moment. She can now finally concentrate on completing her GED and taking care of her daughter, Zion.  Fantasia, do you girl. We need you around, but most importantly your daughter, Zion need you. And yes, I'm sure I will watch more than two episodes, since it's all about her. Tune to VH1 to watch Fantasia For Real at 10pm, EST which air on Sundays 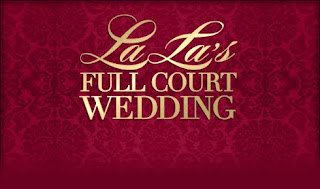 TV personality La La Vazquez and Denver Nuggets starting forward Carmelo Anthony tied the knot on July 10, 2010. This is the wedding we all have been waiting on for a long time and it has finally come. 'La La's Full Court Wedding'.  The show documents La La preparing for her and Carmelo's upcoming wedding day.

Personally, I love this couple. Black love is a beautiful thing. I love La La she seems like a real cool person who anyone would love to have as a friend and I'm a big basketball fan, so it's only right that I'm  a fan of Carmelo; I'm still kind of upset that the Detroit Pistons skipped over the Syracuse Orangemen (that's another post).   Tune to VH1 to watch La La's Full Court Wedding at 10:30pm, EST on Sundays 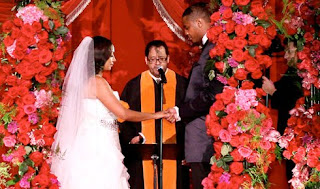 I will be glued to the tube...will you?